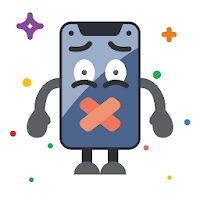 Mobile
Secret Code – Android Hidden Code can help us to access the hidden features of our android device. Android devices have a lots of hidden information, its seems difficult to find and access. Secret Code application include the android secret code of all mobile device like Samsung, Sony, Lenovo, Motorola, XIAOMI/MI, BlackBerry, China, HTC, Karbonn, LG, MicroSoft/Windows and OPPO.

Do you know that Android devices are intelligent and smart? There are various secret codes which can be used for easy functioning of the device.

*** IMPORTANT! Some manufacturers not allow the use of these hidden codes and they may not work on your device. By using device codes, you can change some of your device settings. Use at your own risk! ***
Show More Show Less
ADS
More Information about: Secret Code - Android Secret Code, Dialer Code