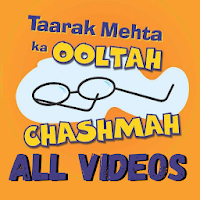 Watch all comedy scenes from TMKOC at one place

Taarak Mehta Ka Ooltah Chashmah is an Indian Hindi language television sitcom. This is India's longest running television show. This show went on air on July 28, 2008. It runs from Monday to Friday on SAB TV. Sony Pal, SonyLiv started reruns of the show.


Copyright Disclaimer :
Under section 107 of the Copyright Act 1976, allowance is made for “fair use” for purposes such as criticism, comment, news reporting, teaching, scholarship, education and research. Fair use is a use permitted by copyright statute that might otherwise be infringing.
Show More Show Less
ADS
More Information about: Taarak Mehta Ka Ooltah Chashmah -Videos SAB TV